Corona & The Vaccine: Navigating the Potential

Hi, My name is Quirine Vosmaer.

And I don’t know about vaccination. Yet.

Wether to take it. Or not. 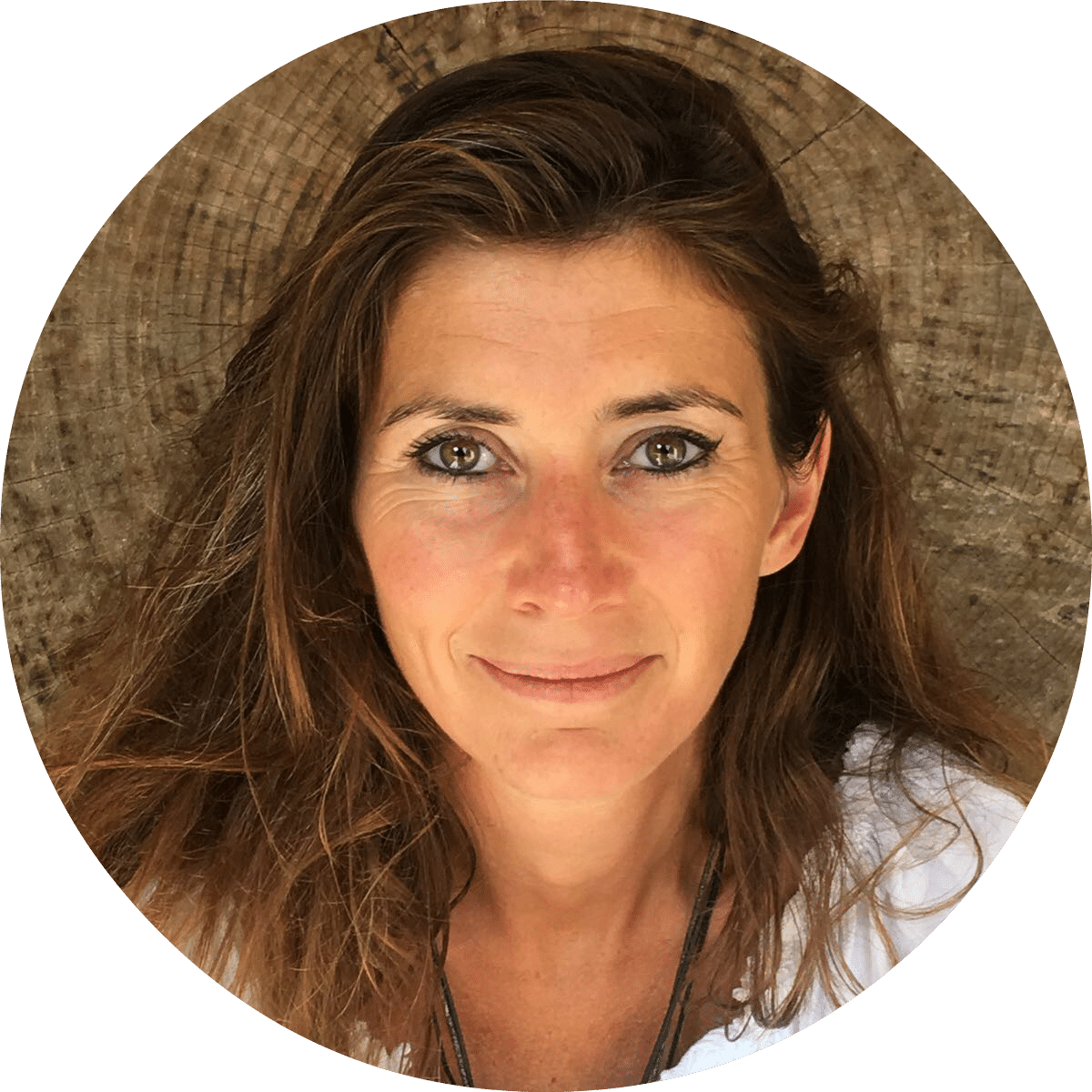 by Quirine Vosmaer | Corona & the Vaccine: Navigating the Potential

I don’t know about vaccination yet.

Wether to take it, or not.

And I’ve seen that I’m not the only one.

So I’d love to share some of my insights and perspectives I’ve gained that might help you too, to get to a point of more clarity.

Holding the Space of Not-Knowing, …Yet.

At this very moment I experience it as a dangerous topic to talk about vaccination. When I have to share that I am doubting, I feel I already brace for impact a bit. For the respons of the other person. He or she for some reason feeling offended, or threatened? This showing up as attack, in forceful slightly aggressive interrogations, or shattering glasses of the once respectful way they used to see me.

2. Being with a Living Question

Although being able to be with a ‘living question’ would scientifically, philosophically and for sure spiritually be seen as a virtue, right now, that seems to be a dangerous position.

Being with a living question, means, i don’t know yet, i’m allowing the insights around this to show up, come in, show itself to me in whatever way. But for now, I am holding the space to let that emerge.

One could compare it to being able to hold the space in the womb to allow a baby to grow, without knowing or being able to control or force anything around it.

Ok, some culture by now approach even this process as something we can book and schedule, but the natural ways would be the one of holing and nourishing the space to let grow and emerge.

In a world that is so oriented around the masculine ways of doing, knowing and controlling, it takes courage to hold the ground of holding space and nourishment for something new to arise.

We are more used to Knowing and from that place directing, doing, fixing and controlling. For a system that is so oriented in this way, the place of not-knowing is like shacking the base pillars of the whole constellation. To a system (a collective system as well as your personal system of mind, body and emotions) that can be very frightening and threatening.

From that place it feels safer to just know, take a stand and go on from there. Then to stay somewhere in the middel.

Now sometimes it is also necessary to have a stand, and have a stand against. This is how we can distinguish. No black without white, dark without light, good without bad. Right?

The polarity, the duality.

But, holding that middle ground is the only position from which something new can arise out of the two polarities.

So in this case: wether you are for or against vaccination, both parties are giving attention, focus and energy to ‘vaccination’ .

What you put your energy on will grow. That is in a positive sense. Of what you DO like. But just as much for what you DON’T like, and resist.

What you resist persists.

It is just two sides of the same coin.

So when you would resist vaccination out of fear for, for instance a society being dominated by fear and control, and you are putting your attention to that resistance and fear all the time.

You are actually just giving more energy to it, and so enforcing it to grow. Exactly the thing you don’t want.

Another way to say it is: the universe doesn’t hear the word ‘Not’

Like I do NOT want this, is just putting your attention to that exact thing.

So, the only way to NOT have something happen, is to focus on what you DO want.

So if we do NOT want our society to evolve in one of FEAR & CONTROL, (which is for a lot of us the underlying fear in one way or the other), putting all of our attention and energy to FIGHT that, will only unconsciously make it more manifest. Help create it. Just because this is how energy, focus and attention works.

So, instead what we would want, is to put all of our energy, focus and attention to what it is we DO want.

And now here is the problem, because we don’t know yet what that is. What that would look like.

We need a new vision. A new narrative. A new perspective. And that can only arise from a higher perspective, consciousness, then the place we feel stuck in.

So holding the space of the unknown, the not-knowing can be a very powerful and necessary thing to do.

To allow this higher vision to emerge. To stay open and very powerfully connect to what it is we DO want.

Although we don’t know what that would look like, we could say that we all have one thing in common:

Let it be a society in which the base ingredient is at least LOVE & FREEDOM?

So hey, if you find yourself in that middle ground, don’t you dare doubting yourself, finding yourself less because you don’t have an opinion, or aren’t able to articulate logical, coherent reasoning. Yet!

Corona and the Vaccine as a Means to Raise our Consciousness

Wether we would go down the road of ‘everything has a reason’ or ‘all is pure bad luck’, the most common sense approach to as well Corona/ Covid 19, as the Vaccine is ‘let us make the best of it, and harvest all the goodness in it that is potentially in there.’

Of course we can take a look at all the drama and chaos it created, but that, for here, doesn’t get us very far. When we approach life from a place of trust that, let’s say ‘life is organising around our well being’, that puts us in a much more powerful and more generative place.

From that place we would ask ourselves ‘I wonder how this is life organising around our greatest good.’

And then, be still, and listen to the answers of your higher knowing, in your silence.

I have been doing that time and time again during this Corona period. Getting clarity from perspectives that I hadn’t been able to see with my daily thinking mind.

I would like to sum up the, to me,  most important perspectives.

– A transformational proces always knows a low point being the chaos, the crisis. This is needed to shift to a new version.

– Corona as well as the Vaccine have triggered, all over the world a lot of people in their fear.

But not always the same fear.

For some it is the Fear of Death. For some the fear of Dying. For others the fear of losing a loved one, having to leave a loved one. The fear of being excluded, isolated, dying alone. Or the fear of the pain and inconvenience of the illness itself. Or even the fear of practically not being able to work and get enough money on the table.

– Then the Vaccine came in, and other fears came up.

Fear of being forced to do things they don’t want. Fear to loose ownership of their own bodies. Fear to loose their freedom of choice, or of where they want to go.  Fear to end up in a society of control and fear. Fear to be silenced.

And not only fear is being triggered. Also anger, grief, frustration, and so much more.

– What I’ve seen is that a lot of people who weren’t too worried about getting Corona or the effects, stayed pretty relaxed and calm during the first phase of Corona.

But then the Vaccine came. The group that was first in fear now could find relieve. But then a lot of the people in the first so relaxt group got their share of triggers activated.

Now, what is going on?

Here is what I see.

We are collectively going through a transformation.

A transformation of consciousness.

This means that a lot of the unconscious parts in our world, come to the surface to raise and heal.

One could see it as suppressed charges in the collective fields that are unconsciously influencing all of us. Think about topics around slavery, second world war, execution, burning stakes, yellow David cross (Jew stars), child robbery, suppression, rape, abuse and so on and so on.

One could say that the charge of these old traumatic experiences stay in the collective field until it is healed, by whoever is available for it to heal.

And now, a lot of these themes are showing up, triggered by Corona, the vaccine, or the government for instance. Those working as a symbol, a trigger to feel these underlying emotions, that unconsciously live in us and our communities. And influence us without our knowing.

Now of course the question is, then what?

So what is the big opportunity here?

So we do not only help release some in ourselves, but also in the collective field?

And is it possible that by that, we ourselves become more able to have a clearer vision on the topic of in this case vaccination?

Since being triggered blurs our vision.

We cant see clearly, when we are triggered.

So might that be the biggest issue, why we can’t see clearly? Because there is so much charge and so many different triggers in us and in the field, that we don’t know where to start? To find our place of knowing?

I think we can. And that’s why I created this program. In which I will guide you to heal triggers in you, help clear the charge in the field and get more clarity and a higher vision, perspective, consciousness on the topic of Not -knowing: Around Vaccination.

If you feel intrigued, or think ‘this is exactly what I’m looking for’,….

Then Leave your Email here:

I’d love to get more Clarity

from my Inner Compass

- the VIDEO in which I did a Constellation on Vaccination

- be introduced to the Perspective Compass, to find where Your triggers are

- learn more about The Art of Feeling & Healing to empower you to Heal your own triggers. For the sake of You & the Collective

Yes Please! I Like what I see here! Bring me your inspiration and new offers in my mailbox please! I know non of us like spam, so trust that I only will get uplifting stuff. Thank God I have the power to unsubscribe fully in my own hands if I wish to do so. Looking forward to stay connected!

This website uses cookies to improve your experience while you navigate through the website. Out of these cookies, the cookies that are categorized as necessary are stored on your browser as they are essential for the working of basic functionalities of the website. We also use third-party cookies that help us analyze and understand how you use this website. These cookies will be stored in your browser only with your consent. You also have the option to opt-out of these cookies. But opting out of some of these cookies may have an effect on your browsing experience.
Necessary Always Enabled
Necessary cookies are absolutely essential for the website to function properly. This category only includes cookies that ensures basic functionalities and security features of the website. These cookies do not store any personal information.
Non-necessary
Any cookies that may not be particularly necessary for the website to function and is used specifically to collect user personal data via analytics, ads, other embedded contents are termed as non-necessary cookies. It is mandatory to procure user consent prior to running these cookies on your website.
SAVE & ACCEPT
Share This